News
What sparked Wildchain ?
Rehm: I knew these conservation projects had a huge problem with funding, so we actually joined Thinkathon event organised by SEED [a global partnership for action on sustainable development set up by UN Environment, UNDP & IUCN] and a couple of other organisations. They invited us to brainstorm ways to crowd-fund or to scale up conservation funding. We had chatted about the idea of Wildchain before then, but the boot camp was when we really got to refine the idea and concept of the game. 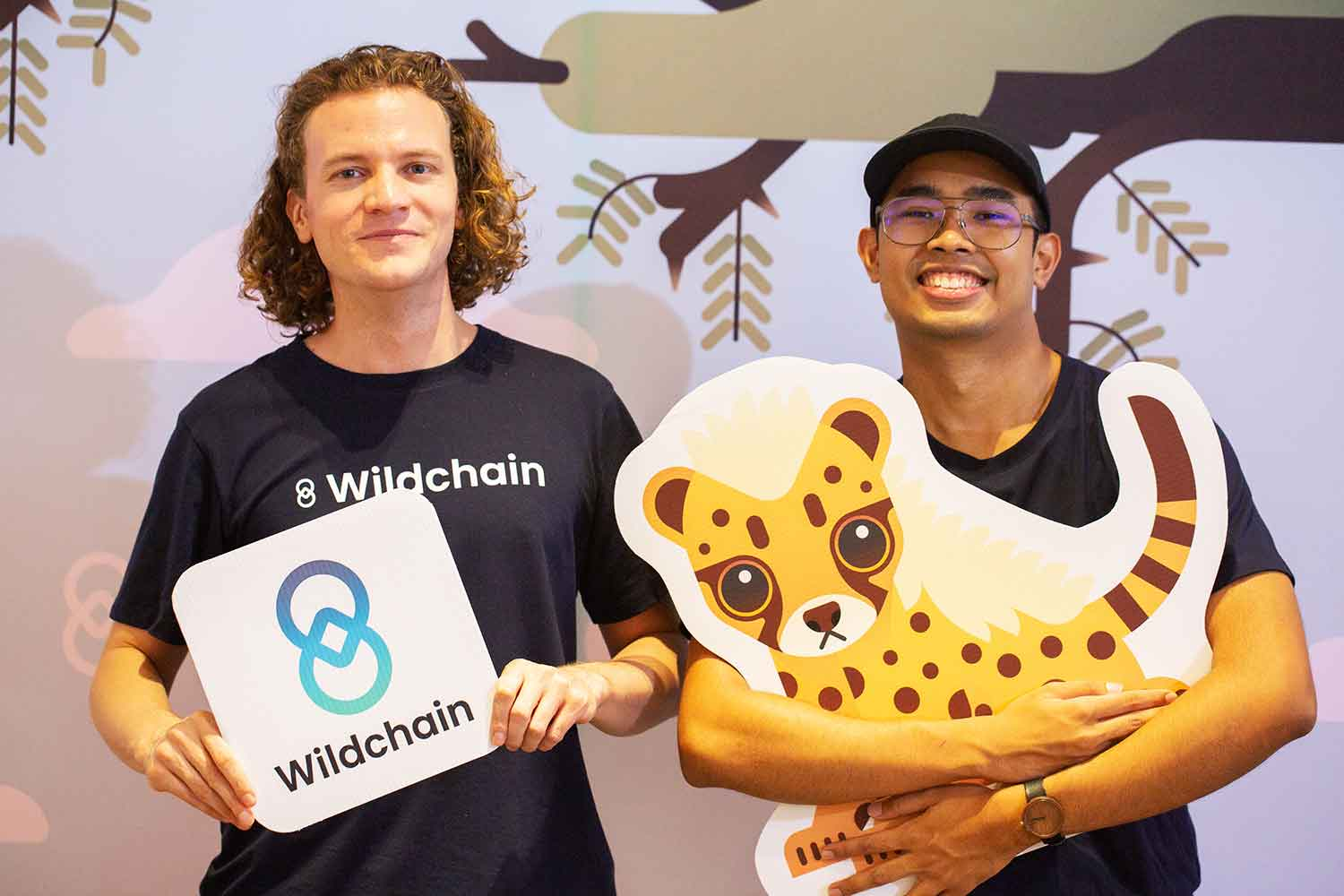 How does playing the game help save endangered animals?
Rehm: When Wildchain is launched in March 2020, people can simply download the app on iOS or Android. A big part of the game is that you become a digital conservationist. We want to make it easy for people to support efforts by simply downloading the app and starting to play. The player's mission would be to build a wildlife sanctuary. In order to do that, he needs to get magic eggs that will hatch into a random animal -- could be a cheetah, a lion, it depends. With a bit of luck, he might get an uncommon species. Imagine people spending money on the in-game items. We're a non-profit organisation that gives 100% of the profit to various conservation initiatives.

Do the number of wild animals in the game represent the actual number of animals in the real world?
Pochara: Yes. The number of animals in the game vary. For example, there are 200 African wild donkeys and over 6,600 cheetahs. We get these numbers from the IUCN Red List, an organisation that keeps track of the animal population numbers and gives them endangerment status. There are seven statuses of threatened species, which are, least concern, near threatened, vulnerable, endangered, critically endangered, extinct in the wild and extinct.
Rehm: The players will become a figure of conservationism. When they build their own wildlife sanctuaries, they can adopt endangered animals and take care of them. Players can make the habitat pretty, plant the trees, maybe add something that the animals would like. All the animals have their favourite places and items, so you can imagine the game to be like a mix of Tamagotchi, Pokemon Go and Farmville.

What is the long term goal of Wildchain ?
Rehm: To give people an easy opportunity to contribute to wildlife conservation, so that conservation funding increases to the required levels since efforts are severely underfunded.
Pochara: We gotta start somewhere.

Which non-profit organisations are you working with?
Rehm: Our new partner is the tree-planting institute called Eden Reforestation Project, who already has planted over 265 million trees. We're also screening different species-specific charities at the moment. But what conservationists have told us is that if you want to save a species, you need to protect their habitat. The main reason that animals go extinct is because there is a loss of habitat.

What did you do in terms of research before you started working on the game?
Pochara: The research was very big. Our initial idea was to start a game that saves animals. But when you say animals, it means all the animals in the world, right? So our research started with how we were going to categorise the animals. We started with studying the world's biomes, categorising the types of forests there are rain, tropical, marine, tundra and savanna grassland. We watched a lot of documentaries on BBC and Netflix. The study went deep, into the sexual dimorphism of various species how they look, what they eat, how they act, their sleeping habits, etc. We also did a lot of research on pop culture and media about what kind of animals people know best. Because if we start with the animals that are unusual, people won't feel touched or connected. That will be a very difficult thing to push forward.

So the game almost works like an Encyclopedia?
Pochara: Yes. The game is not only about raising animals, it also helps to raise awareness and create knowledge.
Rehm: But the educational part is very subtle. We're making sure not to make the game feel too educational because it may get boring for kids and they won't like that. We're making a game that is fun and educates at the same time.
People will get to learn about the species, but in a more playful way. For example, cheetahs like to stand on high ground or on a rock because they are very small and light. By doing that they can see the whole area and feel safe. If a player wants to attract the cheetah into their sanctuary, they will have to buy some rocks. So it's a learning and playing process put together.
Pochara: Everything in the game is based on real-life data. The space, animals and objects in the game come together just like the real world because everything we built in the game is from real information.

It sounds like we have to spend money to actually get the sanctuary going. Is there a way to earn in-game currency?
Pochara: We are putting a big emphasis on the idea that this is not a game that's 'pay to win'. You can download the app for free. We'll give you free eggs to get your sanctuary started. If you invite friends, you'll get more free eggs that will hatch into different species. Also, if there are some animals that visit your sanctuary, they will reward you with seeds. The seeds are our in-game currency. So, players don't actually have to spend their money on the game, but it can speed things up when they spend some money.

Where is the game set?
Pochara: We decided to start with the African savanna first because it contains the characters featured in the Lion King and in every zoo around the world, like lions, giraffes, zebras and elephants. And the African continent is huge. It has everything from tall mountains to rainforests to coastlines and marine life. Real-life events can also trigger events in the game. For example, if there's a wildfire, there's going to be a wildfire in the game. Players have to do something to stop the fire to protect their sanctuaries. If there are hunters in the area, players can hire or call rangers to stop them and any money spent on that will go to actual projects that are dealing with that in real life.

So if there was a wildfire in Australia, the game would have that too?
Rehm: It could be. If it's something really big in the news we might add that in, but we're not gonna have every small thing that happens, just big global events that can help raise awareness and funds for emergency relief.

There will be Thai animals?
Rehm: Yes, Thailand has a lot of cool animals like gibbons, binturongs and tigers. But for now, it will just be animals in the African savanna.

Do you have any fascinating animal facts you'd like to share?
Pochara: Hyenas are not dogs, they are more related to weasels and badgers, but they just had this convergent evolution where they evolved characteristics that made them look and feel like they are in the same species as dogs. Also, female hyenas are the dominant ones in the group. Fun fact: A female hyena can grow a fake penis, just to show dominance.
Rehm: There is also a turtle species that breathes through its penis.